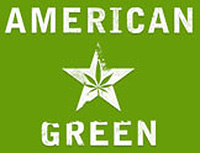 American Green’s ZaZZZ dispensary machines function as automated vending machines for medical cannabis users over the age of consent. The machines are equipped with identification technology to validate users and to comply with regulations. Registered consumers can also use the ZaZZZ Card, which functions as a debit card for the ZaZZZ machines.

The other subsidiaries or divisions of American Green cater to various sectors: Jurassic Grow Systems sells products for plant-growing; OneBode Holdings markets organic supplements and nutraceuticals; and American Green Clothing sells the company’s very own brand of apparel and other merchandise.

Tranzbyte Corp has also become an American Green subsidiary. Tranzbyte’s current focus are on business acquisitions and selling optical media technologies in the US and Asia. Among its products are the FlixStix and the FLASHAlbum, both of which are USB flash drives made with proprietary technologies that protect their contents.

Today, American Green, Inc is traded as ERBB in the OTC market, with a market cap pegged at USD 51.09 M.

PHOENIX, AZ, May 05, 2020 (GLOBE NEWSWIRE) -- via NEWMEDIAWIRE -- Today, American Green’s (ERBB:OTC) nationally renowned cannabis chef, Dee Russell, known as “Edible Dee”, “Deliciously Dee” and “The Happy Chef” by her fans and followers, has advised her higher-risk fans to hold off smoking cannabis until the threat of contracting Covid-19 passes. “The Happy Chef” recommends that these people should switch to edible forms of cannabis such as those that can be seen on her Happy Chef website. For those shareholders who are unfamiliar with Dee Russell’s work, she is the popular author of cookbooks featuring her unique infused recipes.

PHOENIX, AZ, March 31, 2020 (GLOBE NEWSWIRE) -- via NEWMEDIAWIRE -- Today, American Green’s (ERBB:OTC) Board of Directors voted unanimously this past week to reduce the company’s authorized shares and it was ratified with a shareholder consent having a majority of the shareholder votes. Prior to ERBB’s restructuring that took place during Q4/19, there were 120,000,000,000 (120 Billion) authorized shares. Last week, the Board of Directors voted to reduce that amount to 975,000,000 (975 million).