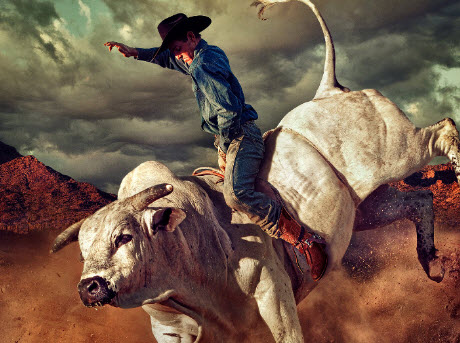 One area of the economy bit by the Covid-19 pandemic health crisis where stock investors may have massively overdone their fears is the live sports space.

It’s always the same: we see how something can’t work, but we can’t see the plasticity inherent in the process and the degree to which people, working together, with everything on the line, will invariably find new ways to make it basically work out okay.

It should be listed as a sort of natural law. And now, with the successful return of live sports, we may be seeing yet another confirmation of this principle. No big crowds? No problem. Pay-per-view and streaming coverage is booming. And sports venues have adapted to allow media production that makes the competition in many ways even more interesting.

This has been strikingly on display with the (so far) very successful launch of the 2020 NFL season. With that in mind, we take a look here at some of the most interesting names in the space, including: World Wrestling Entertainment Inc (NYSE:WWE), B2Digital Inc (OTCMKTS:BTDG), Madison Square Garden Sports Corp (NYSE:MSGS), and Churchill Downs Inc (NASDAQ:CHDN).

World Wrestling Entertainment Inc (NYSE:WWE) may not be a “real sports” company, but its audience and end product is effectively lined up in the same niche. The company is an integrated media and entertainment outfit that engages in the sports entertainment business in North America, Europe, the Middle East, Africa, the Asia Pacific, and Latin America.

It operates through three segments: Media, Live Events, and Consumer Products. The Media segment engages in the production and monetization of long-form and short-form media content across various platforms, including WWE Network, pay television, and digital and social media, as well as filmed entertainment. The Live Events segment is involved in the sale of tickets, including primary and secondary distribution; provision of event services; and sale of travel packages related to its live events.

World Wrestling Entertainment Inc (NYSE:WWE) just announced that Steve Pamon, President and Chief Operating Officer of Parkwood Entertainment has been elected to its Board of Directors. “Steve brings an extraordinary track record from the media and entertainment industry and is an accomplished senior executive,” said Vince McMahon, WWE Chairman & CEO. “I am confident his experience and insights will add tremendous value to our company.”

According to the release, as the President & Chief Operating Officer of Parkwood Entertainment founded by global entertainer Beyoncé in 2010, Pamon oversees an extensive global media portfolio, including artist management, music production, concert tours, motion pictures, television specials and consumer products. Throughout his tenure, he has achieved critical and commercial success as evident in the Super Bowl 50 Halftime Show, Lemonade visual album, The Formation World Tour, Netflix’s Homecoming documentary and the Disney+ film, Black Is King, among many others.

Even in light of this news, WWE has had a rough past week of trading action, with shares sinking something like -5% in that time. That said, chart support is nearby and we may be in the process of constructing a nice setup for some movement back the other way. Over the past month, shares of the stock have suffered from clear selling pressure, dropping by roughly -13%.

World Wrestling Entertainment, Inc. (NYSE:WWE) generated sales of $223.4M, according to information released in the company’s most recent quarterly financial report. That adds up to a sequential quarter-over-quarter growth rate of -23.2% on the top line. In addition, the company has a strong balance sheet, with cash levels far exceeding current liabilities ($547.9M against $544.3M).

B2Digital Inc (OTCMKTS:BTDG) is a growing player in the mixed martial arts (MMA) space. The company styles itself as effectively the farm league for the UFC, which is the big pro league in MMA.

The company operates live events, pay-per-view media, gyms, and other resources to maximize the development of future stars in the MMA sport.

B2Digital Inc (OTCMKTS:BTDG) most recently announced another expansion step, nabbing yet another state license (Kansas) to bring the company to 11 states where it can hold live MMA fight events and broadcast them to the world over its pay-per-view and streaming distribution network of relationships and through its partnership with PrestoSports.

“We continue to aggressively pursue geographic expansion in terms of our LIVE event footprint, and our move into the Kansas marketplace will tap into a wealth of value and continue to drive exciting growth for our brand and shareholders,” commented Greg P. Bell, Chairman & CEO of B2Digital. “Kansas has a tremendous MMA, fitness, and live sports culture, and we look forward to building our new Blaze MMA brand of the B2 Fighting Series in the fighting sports community.”

Adam Roorbach, Executive Director, Kansas City Athletic Commission, added, “We are excited to bring the B2 Fighting Series into Kansas for compelling live sports action. We are constantly working to attract MMA sports organizations to bring their events to Kansas, and the growing success of the B2 Fighting Series made it a natural choice. Kansas has become a destination for some of the top MMA organizations in the world, and our tremendous fight fans are a large reason why. We also welcome the exposure that B2Digital will bring as it broadcasts Kansas-based live events out to the world.  The KAC is committed to the health and safety of all involved, and will work with B2 Fighting Series to ensure a healthy environment for all.”

If you’re long this stock, then you’re liking how it has acted over the past couple months. If you’re not, it may deserve a look given the pullback over recent days.

B2Digital Inc (OTCMKTS:BTDG) pulled in sales of $169K in its last reported quarterly financials, representing top line growth of 155%. In addition, the company is stocking over $75K on hand in liquid cash assets. But the big numbers appear to be ahead as it scales up in a very rapidly growing marketplace that’s likely to only get stronger as we gradually move past the pandemic.

The stock has suffered a bit of late, with shares of MSGS taking a hit in recent action, down about -8% over the past week.

Madison Square Garden Sports Corp (NYSE:MSGS) managed to rope in revenues totaling $-7M in overall sales during the company’s most recently reported quarterly financial data — a figure that represents a rate of top line growth of -102.6%, as compared to year-ago data in comparable terms. In addition, the company is battling some balance sheet hurdles, with cash levels struggling to keep up with current liabilities ($90.7M against $290.3M, respectively).

It also owns and operates the largest online horse racing wagering platform in the U.S., TwinSpires.com, and sports betting and iGaming through its BetAmerica platform in multiple states. CHDN is also a leader in brick-and-mortar casino gaming with approximately 11,000 slot machines and video lottery terminals and 200 table games in eight states.

Churchill Downs Inc (NASDAQ:CHDN) most recently announced its plans to open simulcast and historical racing machine operations at Oak Grove Racing, Gaming & Hotel in Oak Grove, Kentucky, to the public on Friday, September 18. According to the release, Oak Grove will debut 1,325 state-of-the-art HRMs with some of the best themes from Ainsworth, Scientific Games and International Gaming Technology. Dining and beverage options include Garrison Oak Steakhouse, two quick serve eateries, a coffee house, sports bar and luxurious lobby bar. The second phase of the Oak Grove project will open in October 2020 and will include a 128-room hotel, equestrian center, amphitheater, and RV Park.

“We have an exceptional team poised to deliver a premier entertainment experience and regional destination for Western Kentucky and nearby Nashville, Tennessee,” said Bill Carstanjen, CEO of CDI. “We are committed to investments like Oak Grove that will help support live racing at Kentucky racetracks by generating larger purses and attracting better horses.”

Even with that news, the action hasn’t really heated up in the stock, with shares moving net sideways over the past week. Over the past month, shares of the stock have suffered from clear selling pressure, dropping by roughly -5%.

Churchill Downs, Inc. (NASDAQ:CHDN) managed to rope in revenues totaling $185.1M in overall sales during the company’s most recently reported quarterly financial data — a figure that represents a rate of top line growth of -61.2%, as compared to year-ago data in comparable terms. In addition, the company has a strong balance sheet, with cash levels far exceeding current liabilities ($699M against $488.2M).

COMPENSATION DISCLOSURE: Section 17(b) of the 1933 Act requires publishers to disclose who paid them, the amount, and the type of payment. In order to be in full compliance with the Securities Act of 1933, Section 17(b): Tiger Global Management Partners LLC has compensated a third party to produce and present weekly content for various companies for the publication. For more information, please click here. In addition, this article is part of JournalTranscript.com Networks. Read the JournalTranscript.com Networks Disclaimer.